Homes for Sale in Glendale, CA 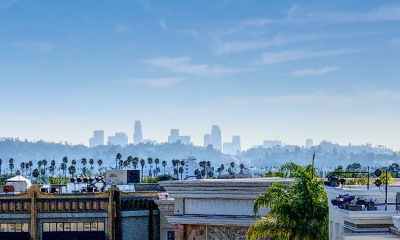 Search all Glendale houses for sale and real estate listings. Glendale is a suburb of Los Angeles (eight miles from Downtown), tucked into the Verdugos Region and divided along its east/west axis by the 134 Freeway. Locals formed the original town in 1884 and the city incorporated in 1906. Today, Glendale is third-largest city in Los Angeles County.

For more information about homes for sale in Glendale or to schedule a private showing of a listing, contact our expert Glendale real estate agents today. Be sure to register for a free account so that you can receive email alerts whenever new Glendale properties come on the market. These timely alerts will help you stay ahead of the competition for the best Glendale homes.

The Wall Street Journal named Glendale, CA the ninth-safest city in the United States. The school system is also highly regarded with some individual schools ranking very highly according to GreatSchools. The combination of public safety and good schools contributes to the city’s reputation, desirability and population growth.

Glendalians enjoy a year-round sunshine. The area has a Mediterranean climate characterized by warm (winter) or hot (summer) days depending on the season, but evening temperatures regularly cool the area down due to the marine layer that moves from the ocean, across the L.A. Basin, and into the city.

Glendale is home to several immigrant populations. In fact, 54% of its residents are foreign-born, including many Armenian, Mexican American, Filipino, Persian, and Korean families. Suffice it to say, the influence on the area’s culture and food scene cannot be understated. Glendale offers great dining!

In addition to an extensive book collection, the Brand Library & Arts Center, operated by the City of Glendale, puts on concerts, lectures, exhibitions and screens films for a diverse community.

If you love shopping, you’ll love the two big malls in Downtown Glendale.

Homes for sale in Glendale range from smaller, relatively affordable houses to luxury homes, depending on the area. The easiest way to compartmentalize the neighborhoods is to use the 134 Freeway as a line of demarcation.

Hillside Communities (north of the 134 Freeway) include Verdugo Mountains, Whiting Woods, Oakmont, Sparr Heights, San Rafael Hills, Glenoaks Canyon, and Woodbury. These are the areas where you'll find many expensive, luxury homes. As you might expect, the higher a home sits on a hill, the pricier it can be.

The architecture of homes here reflects the era in which they were built. In the early 1900s, Victorian (Foursquare and Queen Anne) styles were popular. From the 1920s onward, Tudor, Spanish Colonial Revival, American Colonial Revival and Craftsman homes came on the scene followed by Italian Revival and Mediterranean homes in the 1930s.

In the 1940s, following WWII, many Mid Century Modern and California Ranch homes were built, and that trend continued until the 1980s when Contemporary homes took over.

Find a home you love in Glendale using the home search tools above. Filter your search by price, size (square feet), bedrooms, and bathrooms to find homes for sale that match your criteria.

Each listing includes the real estate information you need to help you narrow your choices of homes you’ll want to view in person. Check out the interior and exterior features as well as the architectural style of the property. If any appliances or other personal property are included with the sale, those will also be noted. The number of days on market (DOM) shows you how long the home has been listed in the Glendale MLS. You can also find the MLS number and the current listing status (active, under contract, or pending).

If you're selling a home in the Glendale area, contact our listing agents today for a free home value report and custom marketing plan that will help you sell your home faster and for more money – in any market conditions.