Homes for Sale in Bird Streets 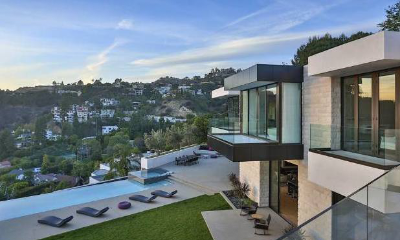 Since the turn of the century, the Bird Streets have become one of the most desirable areas in Los Angeles. The appeal of the neighborhood can be attributed to sweeping views, convenient location, and bold architecture.The Bird Streets neighborhood is not far major studios and very close world-class entertainment, dining, and shopping found in Beverly Hills, West Hollywood, and along the Sunset Strip.

As young Hollywood A-listers flocked to the area for unobstructed city and ocean views, people took notice. More architectural jewel boxes popped up along the hillside as developers improved lots in an effort to find the next high-profile celebrity buyer and the area is now known as an enclave of impressive contemporary architecture.

The Bird Streets neighborhood is found within the 90069 zip code and borders the Trousdale Estates development of Beverly Hills to the west, Sunset Plaza and the rest of the Hollywood Hills to the north and east, and La Collina Estates, the Sunset Strip, and West Hollywood to the south. Doheny Estates is the northernmost section of the Bird Streets and typically offers some of the best views from its perch atop the foothills.

Many architectural masterpieces dot the hillside, in styles such as Mid-Century Modern, Ultramodern glass jewel boxes, Traditional, Mediterranean, and even the occasional Cape Cod. The area also features many older nondescript homes on prime view lots with unobstructed views of the Los Angeles basin, which is why the area has been a target, in recent years, for developers who want to build a sexy Hollywood Hills home with the type of views only Los Angeles offers.

Much of the Bird Streets area features terraced lots to preserve the valuable views for neighbors; homes in the neighborhood with the best views will sell for twice the price as those without.