Homes for Sale in Bel Air 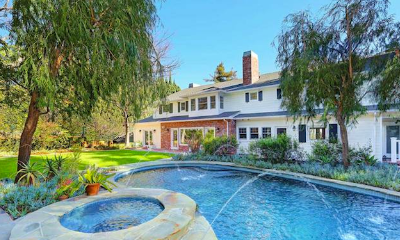 Bel Air is one of the three communities (along with Holmby Hills and Beverly Hills) that comprise the "Platinum Triangle" in Los Angeles. Located along the foothills of the Santa Monica Mountains, Bel Air was designed as an estates community when it was first founded and developed by Alphonzo E. Bell in 1923.

Bel Air real estate is governed by local ordinances that regulate lot size and architectural styles. The rules also forbid nearly all multi-family housing, which explains, in part, why Bel Air has the highest median household income of any area in Los Angeles. Privacy and solitude are part of Bel Air's appeal; the neighborhood has one of the lowest population densities in Los Angeles with only 8,261 residents in six square miles.

As one of the early marketing brochures declared, "Bel Air is different. Like the painting of an artist, it is the dream of one man—Alphonso E. Bell." Bel Air was built according to the vision of its founder and developer, one example being the street names in Bel Air were named after places Bell and his wife visited in France, Spain, and Tuscany during a 1924 European tour. Bell marketed Bel Air as "a community of gentleman's estates" promising "the last word in improvements will prevail throughout," and was the first community in Los Angeles to bury all electric, gas, water, and phone lines.

A sales brochure set the stage for architectural harmony, saying, "You want a distinctive house. Don't forget that there is a far finer distinction in aristocratic humility than there is in insistent calling attention to yourself. The latter impresses some but those whose opinions in such matters is worth having, are attracted rather by an evident regard for neighborhood harmony."

Like Beverly Hills before, Bell established many restrictions on his new community such as barring certain races and all movie people. The first movie person who was turned away was even a college friend of Bell. Fred Thomson, a cowboy star, and his wife, Francis Marion, Mary Pickford's favorite screenwriter, tried to purchase a lot. Bell is alleged to have said, "I'm terribly sorry you became an actor, Fred. I've made it a law— not one acre of my land is to be sold to actors...." Bell's religious beliefs had him ban Sunday sales for land plots and alcohol in the two Bel Air clubs and the one restaurant on his land. When members began carrying flasks, he banned those as well.

Bell's racist restrictions were lifted long ago, property sales are permitted on Sundays, and Bel Air clubs are no longer dry. Today, liquor flows freely at the Bel-Air Country Club and the Hotel Bel-Air, a famous hotel known as the world's first boutique hotel, and both are important pieces to social life in Bel Air. 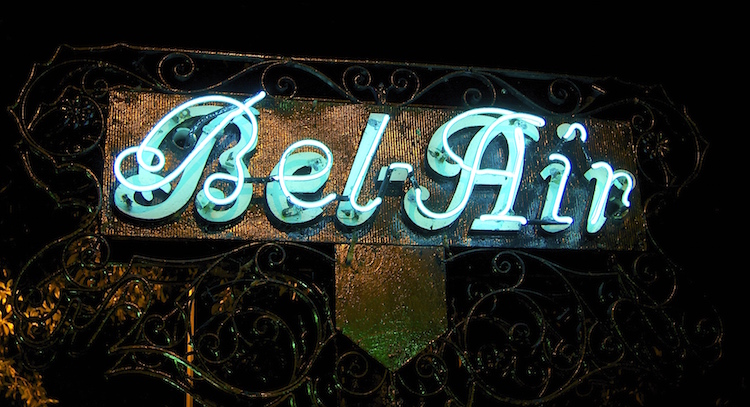 Notable and Celebrity Bel Air Residents (Past and Present):