Homes for Sale in Fremont Place 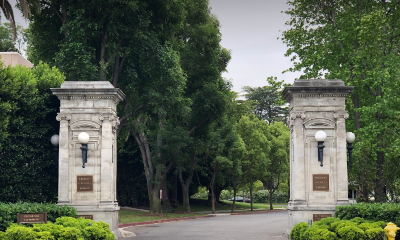 For more information about homes for sale in Fremont Place or to schedule a private showing of a listing, contact our expert Fremont Place real estate agents today. Be sure to register for a free account so that you can receive email alerts whenever new Fremont Place properties come on the market. These timely alerts will help you stay ahead of the competition for the best Fremont Place homes.

Fremonth Place started as a fifty-acre tract that was developed in 1911. The first mansion was built in 1916. Originally, the exclusive neighborhood had 48 lots, but over the years some were subdivided. Today, there are 73 mansions within its borders.

During the economic boom of the 1920s, more and more affluent residents of Los Angeles began migrating up Wilshire Boulevard toward the Greater Wilshire area. Its subdivisions started to fill in with luxury homes, estates, and mansions. The 1920s sealed Hancock Park's fate as an affluent area of the city; its enclaves like Fremont Place and Windsor Square attracted industrialists, celebrities, and civic leaders.