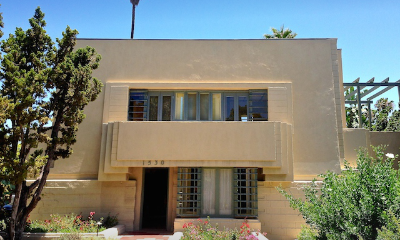 Search all Hollywood houses for sale and real estate listings below. Hollywood is a neighborhood that is known around the world after lending its name to the film and entertainment industries that were at one time centered in the area. Beginning in the early 2000s, investment the area kicked off a new era of growth and improvement under the Hollywood Redevelopment Plan.

For more information about homes for sale in Hollywood or to schedule a private showing of a listing, contact our expert Hollywood real estate agents today. Be sure to register for a free account so that you can receive email alerts whenever new Hollywood properties come on the market. These timely alerts will help you stay ahead of the competition for the best Hollywood homes.

Hollywood is located within the 90046, 90028, 90038, 90027, and 90029 zip codes. The neighborhood is bordered the Hollywood Hills and Los Feliz to the north; West Hollywood to the west; Hancock Park and Larchmont to the south; and Silver Lake and Echo Park to the east.

Developer HJ Whitley, known as the "Father of Hollywood," coined the name Hollywood for the area he planned on what had been a ranch. Whitley built and opened the Hollywood Hotel in an effort to attract buyers of plots and the hotel would become world known as well as remain the social center of Hollywood for many years.

Hollywood was incorporated into a municipality in 1903 and the city voted to merge with Los Angeles in 1910 in order to gain access to the Los Angeles aqueduct water supply and sewer system. Prior to the merger, Hollywood was small sleepy city, mainly consisting of ranchland and citrus groves. When the motion picture industry took off, so did neighborhood. By the 1920s, developers began subdividing land and building homes in the humble enclave and above it (in the foothills of the Santa Monica Mountains, also known as Hollywood Hills).

By the 1960s, population growth in Los Angeles cooled down as people spread out and bought homes in the suburbs. Over the following decades, and by the 1980s, the district became a neglected corner of the city. That has changed in a big way! Today, Hollywood is undergoing a renaissance and is widely considered and up-and-coming neighborhood.

Because of its association with the American motion picture industry, Hollywood has long been known for glitz and glamour. Although Paramount Pictures is the only one of the major studios to remain in Hollywood (with Warner Bros, RKO, and Columbia now gone), the area is still tied to the entertainment industry and celebrated for its storied past.

Some of the historic Hollywood real estate once owned by the stars of the movie industry's golden era can still be found in the neighborhood. Areas located within Hollywood include: Spaulding Square, Franklin Village, Thai Town, and Little Armenia.

Today, Hollywood remains home to artistic companies within the entertainment industry and its artists, both established and aspiring. The neighborhood is dense by the standards of the Westside of Los Angeles and has access to multiple transportation options (including the Red Line of the Metro subway), resulting in the type of true urban neighborhood for which Los Angeles rarely gets credit.

Condominiums and townhouses here are plentiful. In fact, mixed-use buildings with luxury condos are becoming the norm as the construction boom brings add to local housing stock. There are several brand-new condo towers to check out, each with their own amenities like rooftop decks, pools and fitness rooms. Views from the upper floors give residents panoramic views of the hills and L.A. Basin.

Home buyers can still find older homes built at the turn of the 20th century, like single-story California Bungalow and Craftsman homes. Spanish houses with red tile roofs are also common. With a little effort, home buyers can find a few fixer-uppers in the Hollywood area, too.

Always get the newest Hollywood properties; this page is updated with Hollywood real estate listings several times per day from for the most extensive Hollywood MLS. When you click on a listing, you’ll see important property information like the price, year built, size of the home (square feet), size of the lot (acres), number of bedrooms and bathrooms, and other details. Interior and exterior features like pools, floor materials, fireplaces, and appliances will be itemized. The architectural style of the home will also be noted. You’ll be able to check the number of days home has been on market (DOM), the MLS number, and the current MLS listing status (active, under contract, or pending). If HOA fees are applicable, those will also be presented.

Use our maps to see where the house is situated and read up on Hollywood area information such as local schools and public transportation. You will also see a list of similar properties for sale nearby that will show you additional Hollywood homes that you might find appealing.

If you're looking to buy a home, contact our Hollywood Realtors®; we're the LOCAL experts and can answer all of your Hollywood neighborhood and home buying questions.

If you're planning to sell your home in the Hollywood area, our listing agents can provide a list of houses recently sold nearby (a.k.a. comparables) and up-to-date Hollywood real estate market data.