Homes for Sale in Los Feliz 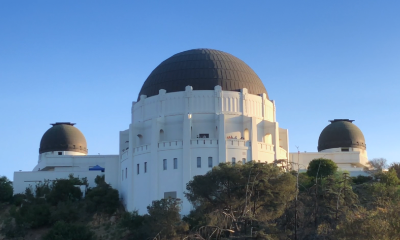 Search all Los Feliz houses for sale and real estate listings. Los Feliz is a diverse and vibrant neighborhood that sits next to Griffith Park, right below the iconic Griffith Observatory. The neighborhood is convently located for residents who work at motion picture studios or Downtown Los Angeles. The neighborhood has a quiet charm but is far from boring.

The architecture of homes in Los Feliz is as diverse and impressive as you will find anywhere in Los Angeles with Spanish Colonial Revival homes from the early nineteenth century to world-renowned Modern homes by Frank Lloyd Wright, Richard Neutra, Raphael Soriano, Edward Fickett, and Rudolph Schindler.

Los Feliz is located within the 90027 zip code and is bordered by the Hollywood Hills to the west, Hollywood to the southwest, Silver Lake to the southeast, Atwater to the east, and Griffith Park to the north.

When most people think of Los Feliz real estate, they picture the historic Spanish mansions, many of which boast celebrity provenance, located in the Los Feliz Estates area located "North of the Boulevard" as in Los Feliz Boulevard. It is true that you will find pricier homes in Los Feliz in those enclaves that sit on the gentle slopes of the base of the Santa Monica Mountains.

If you're looking to buy a home in Los Feliz, you will find styles like Mediterranean, Mid-Century Modern, Spanish, Country English, French Norman, Craftsman, and Bunglow.

Other than being known as an enclave for the homes of Hollywood stars and for homes of both historic and architectural significance, Los Feliz offers has a trendy busines district, a strong sense of community, and easy access to one of the largest urban parks found in the United States (and all of North America). The commercial section of Los Feliz is known as Los Feliz village and is concentrated along Hillhurst Avenue and Vermont Avenue. The district greatly enhances the convenience and community appeal of the neighborhood. Longtime businesses here include Alcove Cafe, Skylight Books, and numerous restaurants and coffee shops.

Within the 4,310 acres of Griffith Park (and miles of trails), designated Los Angeles Historic-Cultural Monument #942, the following can be found:

Notable and Celebrity Los Feliz Residents (Past and Present):

If you're looking to buy a home, contact our Los Feliz Realtors®; we're the LOCAL experts and can answer all of your Los Feliz neighborhood and home buying questions.

If you're planning to sell your home in the Los Feliz area, our listing agents can provide a list of houses recently sold nearby (a.k.a. comparables) and up-to-date Los Feliz real estate market data.