Homes for Sale in Westwood 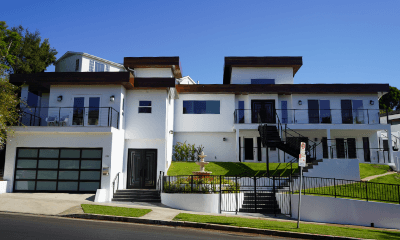 Search all Westwood houses for sale and real estate listings. Westwood is an affluent neighborhood located on the Westside of Los Angeles. It is best-known as the home to the University of California Los Angeles (UCLA). Westwood real estate is dominated by single-family homes on manicured streets. Neighborhoods within Westwood include Little Holmby, Wilshire Corridor, Westwood Village, and North Village.

For more information about homes for sale in Westwood or to schedule a private showing of a listing, contact our expert Westwood real estate agents today. Be sure to register for a free account so that you can receive email alerts for the latest new Westwood properties.

Westwood was formed on the portion of Wolfskill Ranch Arthur Letts purchased and, after Letts passed away, the land was developed by Janss Investment Company. An early coup secured the success of the area when Westwood was selected for the home of a new university. The Southern Branch of the University of California, which was to become UCLA, opened in 1926 on land sold to it at a below-market price of $1 million by the Janss Investment Company, which effectively gave the university a gift of $3.5 million.

Today, Westwood Village, a commercial district with shops, restaurants, and historic movie theaters, is the social heart of Westwood. The shopping district was developed by the Janss Investment Company, opened in 1929, and has retained its village-like atmosphere to the present day.