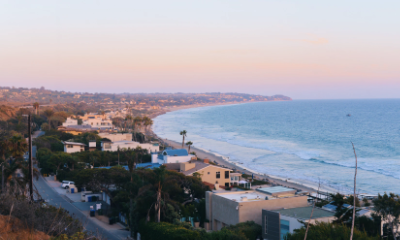 Search all Malibu luxury homes for sale. Malibu is an affluent beach city located within Los Angeles County. Malibu is known to embody a lifestyle of casually elegant beach. You can have the best of both worlds here; an outdoor lifestyle plus proximity to Los Angeles. Titans of industry and celebrities have long flocked to Malibu and its promise of a simple life within a short drive to a world-class city.

For more information about homes for sale in Malibu, CA or to schedule a private showing of a listing, contact our expert local real estate agents today. Be sure to register for a free account so that you can receive email alerts whenever new Malibu luxury properties come on the market.

The Malibu real estate listings below are compiled from all of Malibu, both oceanfront homes and those located along the ridges and canyons of the Santa Monica Mountains. Click the following link for strictly Malibu beachfront properties.

Malibu is located within the 90265, 90264, 91301, 91302, and 90290 zip codes and is bordered by the Pacific Palisades and Topanga to the east; Mulholland Highway, the Santa Monica Mountains, Calabasas, Agoura Hills, and Thousand Oaks; Ventura County to the west; and a 21-mile strip of coastline bordering the Pacific Ocean to the south. Signs around the city proclaim “27 miles of scenic beauty” which refer to the 27-mile length of Malibu prior to the city incorporating in 1991. The Pacific Coast Highway (a.k.a. PCH or Highway 1) runs the length of Malibu along the coastline with most residents living within a quarter of a mile to the road.

The name of Malibu comes from a group of Native Americans, the Chumash, who called the area “Humaliwo” meaning “the surf sounds loudly.” With the “hu” not stressed in the Chumash word, their name for the area is similar to our pronunciation today. Locals and surfers have taken to calling Malibu by an abbreviated “the Bu."

Notable and Celebrity Malibu Residents (Past and Present):